It's time to open Door Number 20 of The Cosmic Shed Advent Calendar and we've got two treats for you inside today. Not only do we have a rather stellar guest making a return to the shed but we have a guest presenter making her first ever appearance on The Cosmic Shed.

We'll reveal their identities down the page but if you'd like the retain the surprise, don't scroll down, simply play the episode in your favourite podcast app or click play on this post. It's usually at the top but sometimes at the bottom.

To push the identity of today's guests further down the page, here's a photograph of a Professor of Cosmology. Not every day you see a Theoretical Astrophysicist dressed as The James Webb Space Telescope. 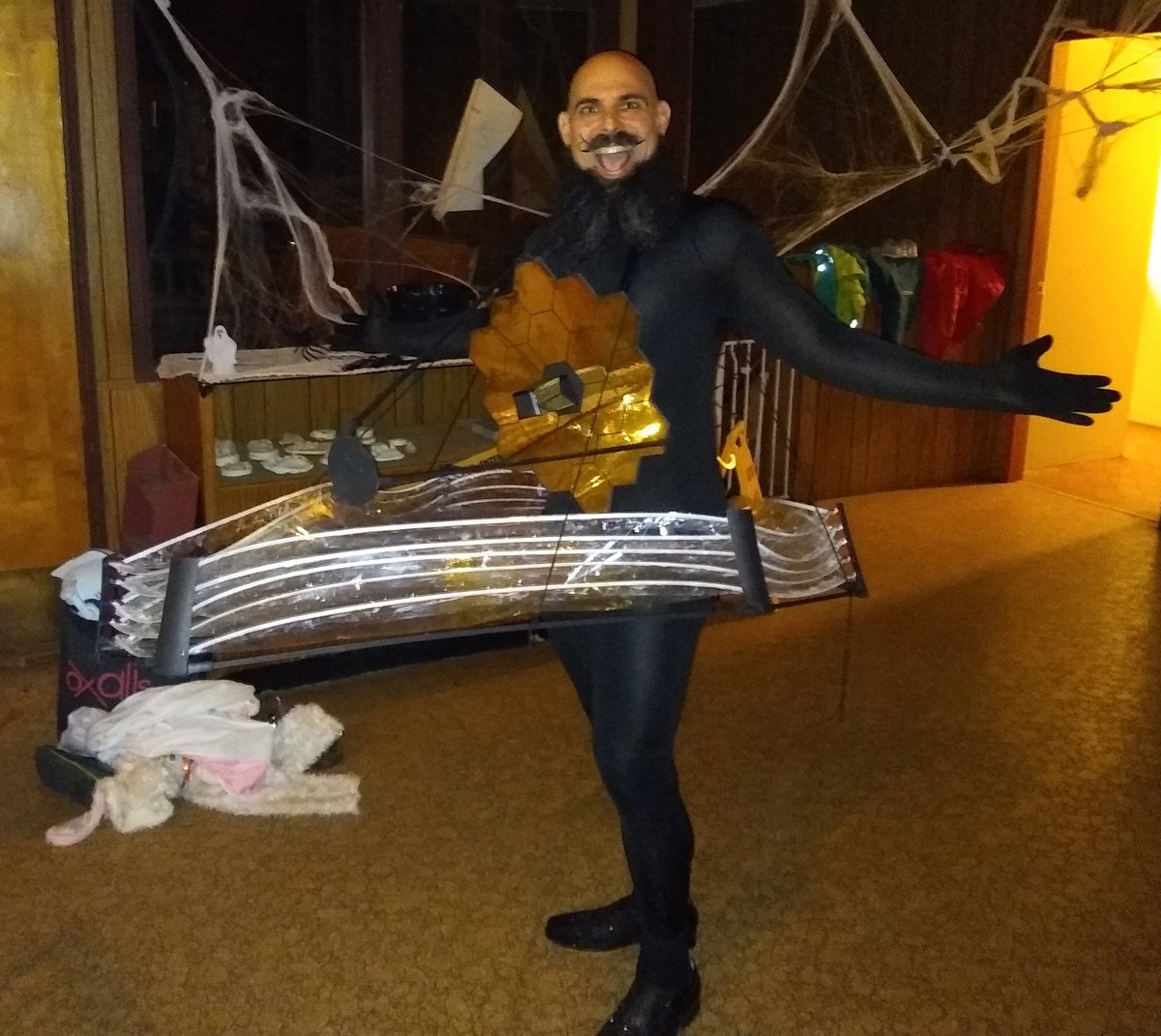 Prof Ethan Siegel does not spend all his time studying the Big Bang.

Behind Door Number 20 is Professor Ethan Siegel, friend of the shed and all round excellent Professor of Cosmology. Shed subscribers will remember Ethan from our episodes on Star Trek Discovery and Lost in Space.

That 20 on the door is made up of two deep space objects. One is NGC 1365, The Great Barred Spiral Galaxy 56 million light years away from Earth. The other is the Ring Nebula, in the constellation Lyra. What you're seeing is the shell of ionized gas which has been expelled by a red giant star, which was evolving into a white dwarf.

We promised you two treats though and the host of today's Cosmic Shed Advent Calendar is Lyra. Lyra (7) is Andrew's daughter and she woke up one day and said, "Daddy, can I be on The Cosmic Shed one day. I have two questions which I would like to know the answers to." Listen in to find out what those questions were and why Prof Ethan Siegel is the perfect guest to answer them.

Ethan has published two books...so far Beyond the Galaxy and Treknology and also writes Starts with a Bang on Forbes.com

Treknology was on the shortlist for The Physics World Book of the Year.